Puckered lip apple. That is the name I would give pomegranates. Both mouthfuls but the former rolling off the tongue much easier. Pomegranates look like a cousin of the apple, thrice removed.

Interestingly, the word pomegranate is derived from a Latin word that describes it as an apple of many grains or seeds. But that’s where the similarities end.

In terms of taste, the pomegranate has a sweet-sour taste. It is also chock-full of seeds. The seeds are themselves surrounded by a thick fleshy covering. Also, the skin is not edible and one must scoop out the flesh and seeds to eat.

Until recently, it was relatively unknown as it was mainly grown in Mediterranean countries. In fact, the history of pomegranate dates back to more than 2000 years ago. It is believed to have originated in Persia, now known as Iran.

The fruit has not received as much attention as figs, grape, olive, and other fruits that are mentioned in many ancient books. Which is a bit of surprise considering that it was used for medicinal purposes in the years of yore. Pomegranates are also mentioned as having been found in the Garden of Eden or Paradise, in Christianity and Islam respectively. Amongst the Buddhists, the pomegranate is revered as being amongst the three blessed fruits. The other two are peach and citrus fruit. There is a whole lot of myths surrounding pomegranates but that is an article for another day. It was also considered a sacred fruit Babylonia, ancient Chinese and Indians.

It was used to treat digestive issues as well as to rid the intestines of worms. The ancient people also believed that it was a fruit that promoted fertility which is what the numerous seeds were representative of. Most ceremonies had pomegranate interspersed on groaning tables. As Pomegranates were considered sacred in ancient times, it is rather surprising that it is one of the most underrated fruits.

Pomegranates are found in different colors. The skin ranges from purple, yellow, orange to red. The flesh on the inside would normally be either pink or white.

Modern-day research suggests that the fruit can be effectively included in the treatment regime of high blood pressure as well as boost general immunity.

Anti Cancer properties- the High levels of antioxidant activity suggest that pomegranates may be beneficial in the fight against cancer. High antioxidant activity was found in juices where both the rind and the arils were extracted, as opposed to the rind alone. Antioxidants work by capturing the free radicals that are thought to destroy cells in the body. Whilst the studies may not be conclusive as cancer is still undergoing research, it would do no harm to incorporate pomegranate in your diet if there was even a remote possibility that it works.

In Kenya, there is an aggressive drive to encourage people to farm pomegranates. It is currently classified as an underutilized fruit. Apart from buying seeds or seedlings from reputable sellers, one can harvest the seeds and germinate them. The trick is to buy pomegranate especially from exclusive stores that import the fruit since the seeds are not readily available in agro vets.

Pomegranate requires a warm climate and is fairly drought resistant. They also prefer full sun, so would do exceptionally well in areas that have minimal cold weather. The following are steps one can take to harvest seeds

After about 6 weeks, the seedling should be 5-6 inches tall. At this point, it can be transplanted to the farm.

The spacing at the garden during transplanting is about 5 meters all around as pomegranates can grow into thick shrubs. The shrub can be cut to shape. They can also be guided into single stem trees.

Pomegranates can grow pretty much in any soil as long as it is not waterlogged. Soil drainage is very important. And it is not a fussy plant that will require much soil amendment.  A handful of Epsom salt to condition the soil, potassium nitrate to enhance tolerance to stress as well as farmyard manure is good enough. Nitrogen from potassium nitrate is also necessary to encourage foliage growth which will encourage flower production.

Watering regularly and constantly for the first few months is important for the survival of the plant. Pomegranates that produce few fruits do so mainly because of a lack of enough exposure to sunlight. Less than six hours of full sunlight will result in fewer flowers hence fewer fruits. Too much water and over-fertilization can also lead to fewer fruits. Since the plant tolerates drought well, the farmer is advised to go easy on watering. Topdressing can be done using compost or chicken manure. The pomegranate tree starts to bear fruit after about 3 years.

The main pests to look out for are mealybugs, borers, aphids, thrips, and leaf-footed bugs.  Diseases that affect pomegranates are usually fungal. If the plant is grown in hot areas, incidences of fungal infection are much lower even if there is rain as the leaves have adequate time to dry.

Pomegranate is the next fruit to look out for especially for a farmer who wants to plant fruits commercially. As it is still fairly unknown, a wise farmer can take advantage of the short supply locally before other farmers catch on. The saying ‘early birds catch the worm’ accurately describes the farmers who will take up farming this fruit. Of course in a normal context, a farmer would protest at being compared with his traditional enemy, the bird. 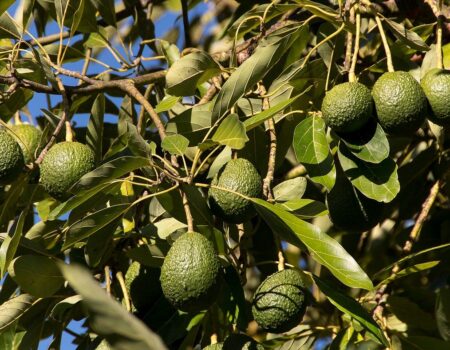 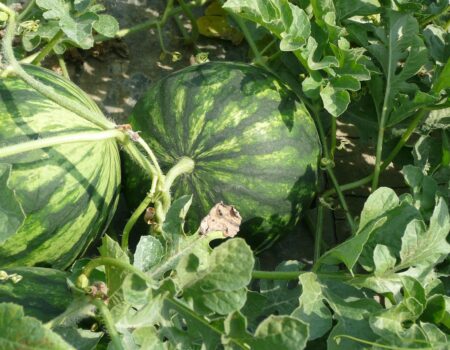 One thought on “Guide to pomegranate farming”